USS Iowa & S.S. Lane Victory are 2 World War II ships docked at the Port of Los Angeles. The USS IOWA is located near Harbor Blvd. close to the World Cruise Center and the S.S. Lane Victory is just down Harbor Blvd. to the South where Harbor turns into Miner Street. The signs are large and will confirm that you are heading in the right direction. The USS IOWA is the larger of the 2 ships and is the 1st of 4 IOWA class battleships that were built. The others are: USS Missouri (Might Mo) located at Pearl Harbor, Hawaii, USS Wisconsin (WisKy) located at Norfolk, Virginia, USS New Jersey (Big J) located at Camden, New Jersey. There were 2 additional ships, but they were scrapped prior to completion - USS Illinois & USS Kentucky. The ship is huge at 887 feet long and has 7 decks with many ladders to climb so be sure to wear comfortable shoes and watch your step going up and down the numerous ladders. Admission is $18 for 1 adult ticket at the ship or $16 per adult ticket if you purchase online at pacificbattleship.com. 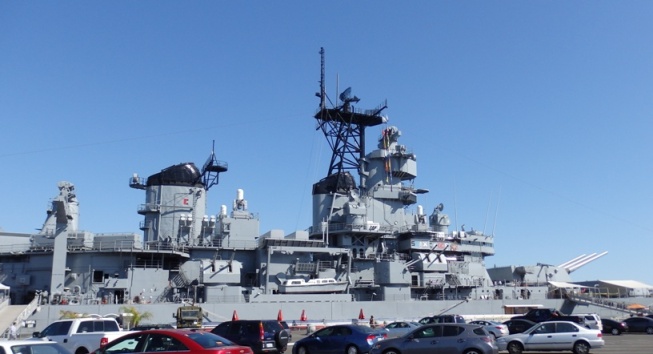 Parking at the World Cruise Terminal lot adjacent to the USS IOWA costs $1 per hour. There are plenty of parking spots available. The ticketing center will provide you with a brochure showing the decks of the ship and the points of interest. The best part about the ship is the Self Guided Tour as the signs are very clear and there are yellow arrows on the decks of the ship to point you in the direction to proceed to access all of the points of interest on each deck. 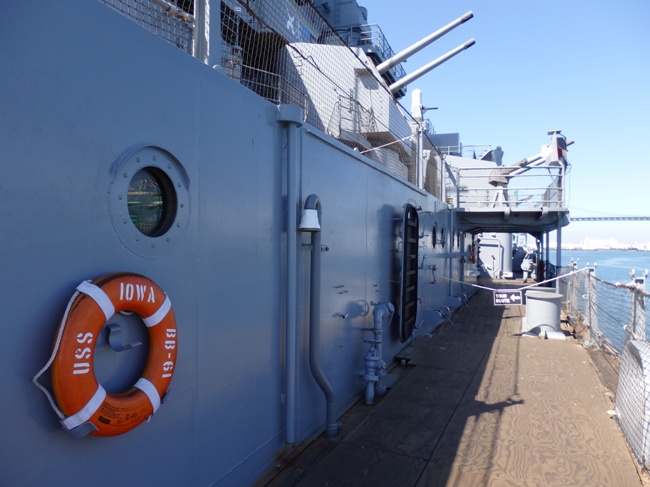 The ship has restored sections of the Officer Cabins complete with plush carpeting, leather couches, lamps, photos, and tables. There are crew quarters complete that look like they would if the ship was at sea as well as walking through the kitchen, by the Wardroom -- a room with a movie screen and dining area for the crew, armored citadel enclosure where the crew steered the ship, and many corridors with additional rooms displaying what life in the Navy was like. There are many volunteers on hand to answer questions about the USS Iowa and there is even a "game" for kids in locating Victory (Vicky) the Dog who was a mascot on the ship. 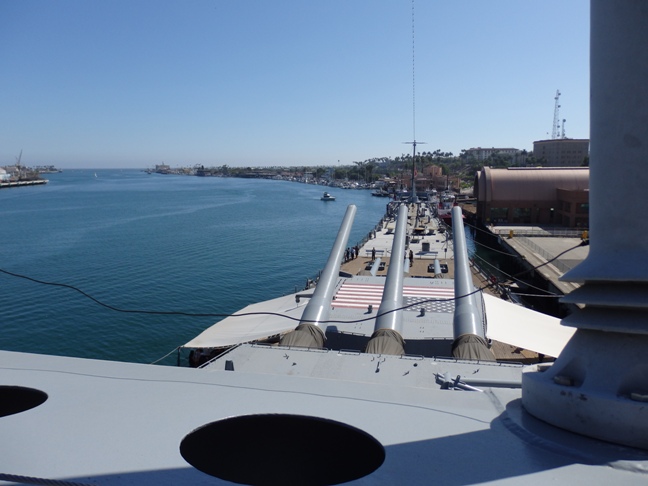 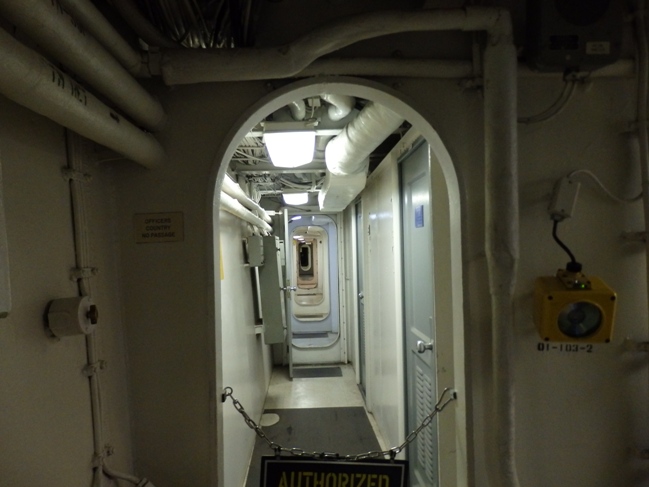 The S.S. Lane Victory has lots of free parking available and admission costs $5. Head towards the ship through the fence and up the gangplank towards the sign at the top on the ship that informs you that this is a Restricted Access area. The kiosk on the ship is the place to provide your identification and pay the admission fee and be given a Visitors Badge to wear while touring the ship. You will also be given several brochures about the history of the S.S. Lane Victory as well as directions on Self Guided Tours on the ship. Be sure to return the Badge once you have finished the Self Guided Tours. 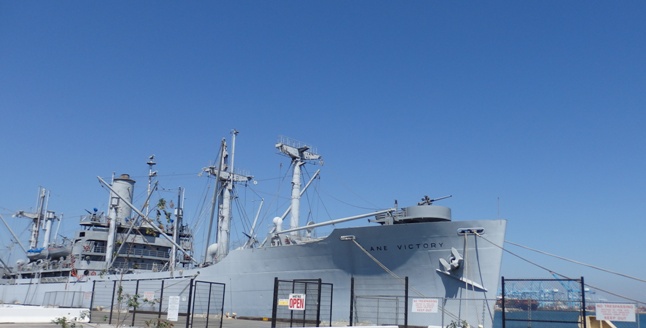 S.S. Lane Victory is a cargo ship that is maintained by the U.S. Merchant Marine Veterans of World War II. The Victory class of ships supported the Navy by transporting cargo and supplies for the soldiers fighting overseas. The ship is 455 feet long and has many Cargo Hold areas - including a 2 with Museums below deck at Cargo Holds #2 & #4. While walking the corridors on the ship, check out the rooms such as crew & mate quarters, the radio room, mess halls, and flying bridge. There is a lot of walking and climbing ladders on the tour, so dress comfortably for it. There are many knowledgeable volunteers on board the ship who are ready to answer any questions about the history and operations of the vessel. 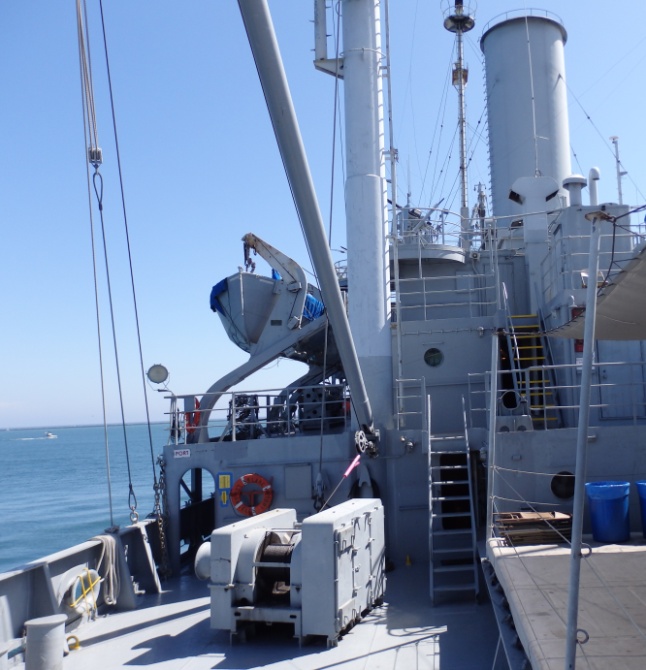 One last note, the S.S. Lane Victory is a very famous ship as it has been in many films and television shows. In planning a visit, be sure to visit lanevictory.org for the calendar of filming and events on this great ship as this perfect cargo ship has a very busy television and motion picture filming schedule which may interfere with your planned visit.