Sacred Cove (also known as Smuggler's Cove) is located along Palos Verdes Drive South just a little bit South of Abalone Cove Shoreline Park. The North end of the cove meets Abalone Cove at the tidepools and sea cave on the end of Portuguese Point. This cove is a little less "rocky" than Abalone Cove, however, there is no parking lot at its location and there is No Stopping Anytime along Palos Verdes Drive. You can park at the Abalone Cove lot and pay $5 and walk over via PV Drive and\or a combination of hiking trails to get there. It is about a 10 - 15 minute walk to get to the first overlook of the cove from the Abalone Cove parking lot if you take the street from Abalone Cove over to the top of Sacred Cove. This cove is a pretty cove to get to and if you are up for some hiking in addition to the walk over from Abalone Cove, this is a good spot to go. Be aware that the trails here at this cove can be subject to landslides as the bluffs here are shifting due to constant land movement. Also lookout for rattlesnakes which may be present on the bluffs and trails. 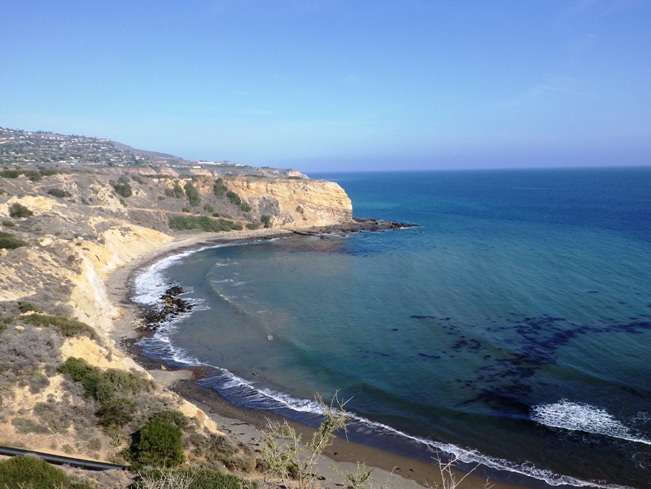 Tidepools & Sea Caves - They are located at the Inspiration Point area of the cove and on the West side at the Portuguese Point tip. In the tidepools you might find sea anemones, starfish, urchins, mussels, or shore crabs. At the Portuguese Point end, there is a separation between the pools of Sacred Cove and Abalone Cove due to the ocean flowing in and out of a large sea cave. There are also other smaller caves at this location as well. 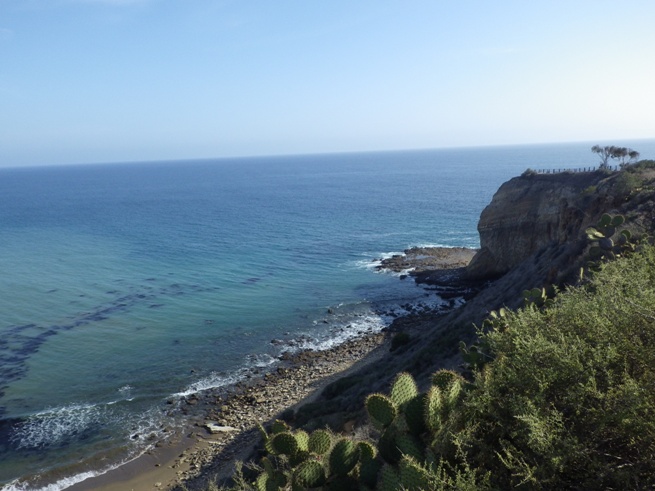 Hiking - The trails from Abalone Cove connect to the trails of Sacred Cove. A trail map for both coves can be found at pvplc.org. The Sacred Cove View trail on the West side to Portuguese Point is closed and a sign indicating that the Trail Ends is located about 1/2 way down the trail along the drain pipe. The sign states Do Not Proceed because much of the lower trail has eroded due to the constant land movement with steep drop offs making the trail dangerous. The Cave Trail is also very steep and slippery. 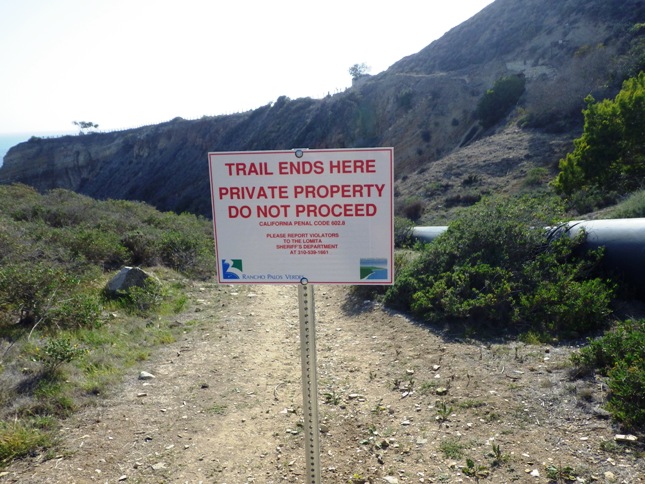 The East part of Sacred Cove View Trail is a safer bet to go down to the beach. It can be accessed from the top of Inspiration Point or from Abalone Cove via the Olmstead Trail to Smuggler's Trail, walk along Palos Verdes Drive for a minute, then enter the Sacred View Cove Trail and stay to the left (see the 2nd pic below titled Sacred Cove Trail to Inspiration Point). There is a Cove Access Trail or the Cliffside trail that you can take to get down to the beach. 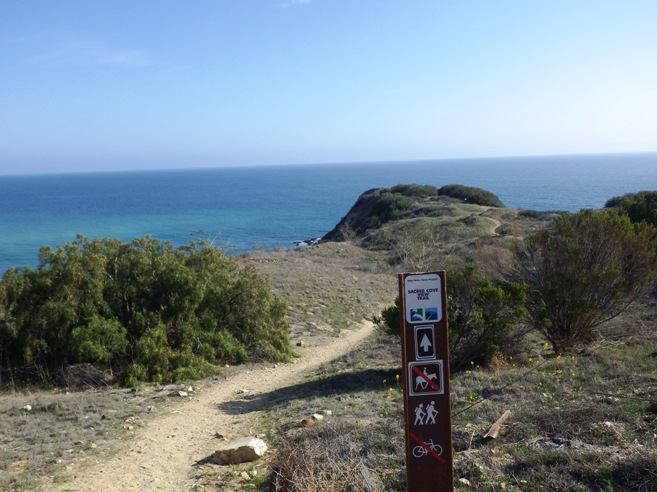 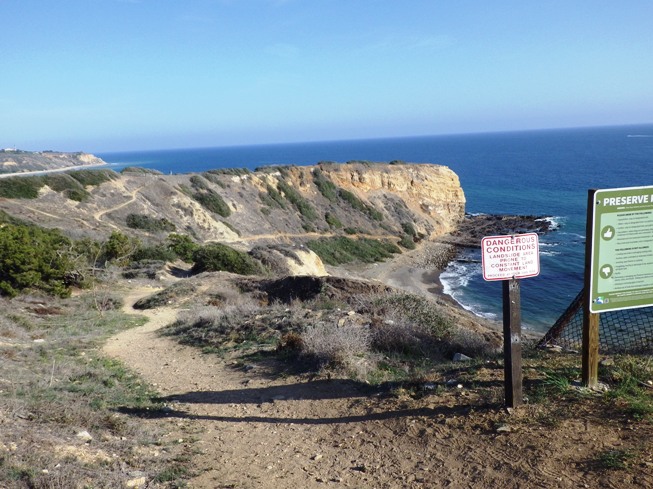