Dan Blocker Beach Location - Dan Blocker Beach (Corral State Beach) is located North of Puerco Canyon Road on Pacific Coast Highway just South of Corral Canyon Road. Malibu Seafood is located across the street from the beach. There is only a small parking lot for this beach, so you may want to parallel park on the Southbound side of Pacific Coast Hwy and walk down to the beach on one of several paths between the sea grass. 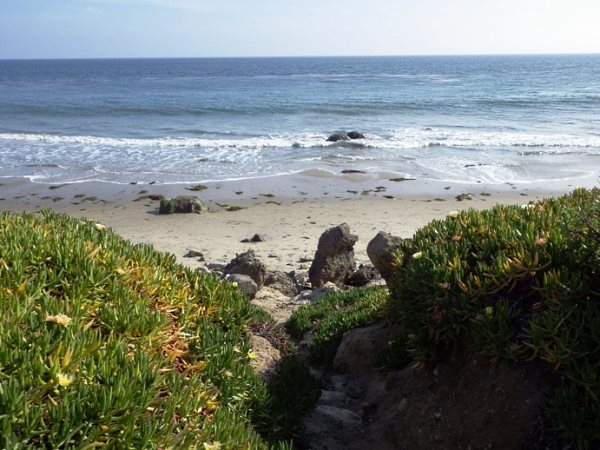 A Path to Dan Blocker Beach

The beach has a few rocks on it with soft sand to put your blanket or towels out to relax. The gentle waves invite you to play in the surf and enjoy the sun. There are no amenities at Dan Blocker Beach - no concession stands, no showers, no changing areas. There are restrooms and trash cans. There are 2 lifeguard stations that are manned during the day. It is a nice place to launch a kayak or go snorkeling or scuba diving in the kelp beds to visit the fish and other sea life. 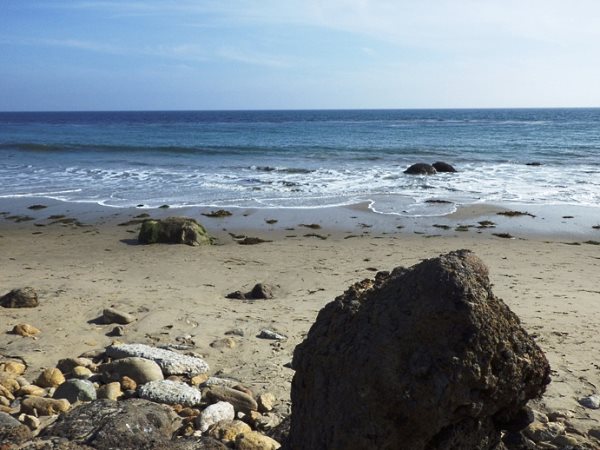 The Corral State Beach sign still remains on PCH. Originally, the beach was purchased in 1979 by Michael Landon & Lorne Greene (other Bonanza cast members) and donated to the State for public use and enjoyment. The beach was donated by the State of California to Los Angeles County and dedicated as Dan Blocker Beach in 1995. (Dan Blocker was an actor on the TV show Bonanza).

The beach has several improvements added. In November 2012, L.A. County purchased adjacent land to provide a parking lot, public restroom, picnic tables, handicap-accessible ramp to the beach, and a bike rack at the beach. Work was completed in November 2014.